Even if Conick (2017) used such words as "apocalypse" and "meltdown" to describe the retail industry crisis, for authors such as Grewal (2017) a glimmer of hope called Augmented Reality remains. Indeed, this technology which can be defined as "an innovative media format that integrates virtual information into a user's perception of the real world" (Rauschnabel, Felix, Hinsch, 2019, p.43) is at the core of retailers' investment strategies. Be it online retailers such as Alibaba who invested more than 200 million dollars in AR since 2016 or traditional retailers like IKEA and its AR application. This technology is disrupting the market and is one of the main attractions of the 2020 Euroshop (the world number one retail trade fair).  However, if some scholars are predicting that e-retailers are going to make the most of this new technology (Fan et al., 2020), one can argue that AR is the weapon traditional retailers needed to tackle their online competitors (Berman, 2019).    So, is this technology the coup de grâce to traditional retailing or is it, conversely, putting the physical store back at the core of every retailers' strategy? To answer this question, we are going to compare the disruptive effect of AR one three of the 7Ps (E. Jerome McCarthy, E. Jerome McCarthy, 1960): Product; Place and People for both traditional retailers and e-retailers as Augmented reality is particularly disrupting these three parts of the marketing mix.

AR, The other dimension of the product

Augmented reality enables the consumer to apprehend the product "phygitally" bet it by trying a digital product in the real world or by having digital information on a physical product. (fitting rooms e.t.c) this more intuitive way to experiment products increases customer hedonic value (Erra and Colonnese, 2015) and creates a store atmosphere which optimises sells (Poncin and Mimoun,2014). It also enables customers to have a better representation of the product in a wanted environment which ease the consumer perception of the object and increase the chance of purchase. Indeed, with furniture, for example, being able to see how one piece of furniture fits in a room enable the consumer to "offload the mental imagery during the decision-making process" (McLean, Wilson, 2019, p.212). This very phenomenon maximises purchases while minimising customer dissatisfactions. However, even if McLean and Wilson (2019) proved that AR had such an impact on consumers, it is only suited for a kind of retailing (for example it does not have any effect of food retailers) and significant investments are needed to develop an application. It is therefore suited for store chains rather than independent retailers so far. AR also enables the company to have essential data on the way people behave in stores and which product they interacted with (Rothman,2019) which was exclusive to e-retailers so far and therefore allowed retailers to optimise their instore organisation knowing these facts. Other technologies, such as face recognition or Artificial intelligence (AI), can also provide this kind of data but are more controversial than AR.   For e-retailers, AR is also a strategic asset. This notion of phygitally experiencing a product is all the more critical for them as it is proven to reduce ineffective cognitive processing (Fan et Al., 2020) and to create an emotional connection between the product and the customer (Grohmann et al., 2007) even if it is purely digital. Only two limits to the use of AR for e-retailer exists: the hardware as phones or PC are less accurate than connected fitting rooms or augmented mirrors, and the possibility for traditional retailers to do the same. For Example, Addidas, One year ago, the German sportswear brand pre-released its Deerupt sneaker using AR before launching the physical shoe.

AR is in the Place

With AR, physical stores become places of exclusive experience for the consumer. There, clients use groundbreaking hardware such as connected fitting rooms that enable him or her to learn about his person (Berman, 2019) and the product desired (Fan et Al., 2020). This creat a special relationship with the brand and therefore, loyalty (Bulearca and Tamarjan, 2010).  Because of this new way of experiencing the store, Augmented reality is reshaping them indirectly, for them to optimise AR efficiency and directly by enabling retailers to "phygitally" organise their stores by trying out the different merchandising objects they have without installing them. Thus, AR allows physical stores to create a selling context (Poncin and Mimoun, 2014) by guiding the customer throughout his instore experience ( Cruz et al., 2018) and by optimising the store organisation which leads to an increase in sells and a better consumer experience. However, This effect might be biased as it might be a part of a "whaou effect" around AR in retail stores. Because AR is still new for consumers, people are more keen to use it or to come in stores to try it and therefore are more apt to purchase at least one product but will it still be true when the use of AR will be mainstream?  Also, this "purchasing context" (Poncin and Mimoun,2014) only works if there is enough in-store supply. Otherwise, this possibility to have information about the product directly on one's phone makes it even easier for someone to purchase online if the product is not available.   Once again, for e-retailers, AR is at the core of the Place strategy as it enables the retailer to experience the product digitally directly in their homes. What was once the privilege of physical retailers might become the weapon of choice of e-retailers as a consumer can try on any clothes or even furniture directly at home which enable them to have a better understanding of the product and decrease their uncertainty when purchasing (Heller et al., 2016). It is not an online store anymore but an itinerant store that fits in one's pocket and can be displayed wherever a client wants. This is all the more accurate when it comes to products that need more than just a picture and a description to purchase online (Verhagen et al. 2016) such as a sofa because it allows the consumer to apprehend the texture and the size of the product more easily.

AR is a tool devoted to helping employees improving customer experience. It is mostly used to improve client's support throughout the purchasing process by coping with the lack of instore support and by personalising it (Berman, 2019). It leads to better instore service, which increases the number of clients coming to the stores. By following Berman's logic, this improvement of the instore support enabled by AR can even pave the way toward autonomous stores because the need of sellers might not be compulsory anymore. But, would it be an ethical strategy? Also, as the AR's impact on sells is yet to be figured, it is not even possible to know what the return on investment would be.   For e-retailers, AR is a way to humanise the customer support and the brand as this strategy creates a stronger relationship with clients (Aggarwal and McGill, 2011). Indeed, the more intuitive and the more human-friendly is the use of AR, the better will be the customer experience (Van Esch et al., 2019). This human contact which was exclusive to traditional retailers can be artificialised to become a part of the e-retailers tools, and it can be all the more effective if AR is mixed with other technologies that increase this human-like behaviour such as artificial intelligence for instance.  So not only are AR applications a tool to help employees improve the customer experience, but it can also go beyond that by humanising a brand or an application.

Augmented reality is bound to disrupt the retail industry by creating new opportunities for both e-retailers and traditional ones. However, AR is indeed a double-edged sword for every actor of the retail industry as it widens their scope of possibilities and will upset the power balance in a way yet to be determined. Today, a strong comeback of the importance of physical store in retailers strategy is anticipated (Berman, 2019). However, AR also enables Online stores to become humanised itinerant stores that can be displayed wherever one wants, which is a significant opportunity for them.   Also, as the development of an AR application is expensive, and so is the price of some hardware, this new technology is bound to increase the domination of world companies (online or physical) upon independent retail stores.  Finally, because of the upcoming hardware such as AR glasses, new opportunities for retailers are yet to come as the way consumers will be using AR is bound to change and so is the power balance between e-retailers and traditional ones in the coming years increasing this idea of a double edge sword.  So not only are AR applications a tool to help employees improve the customer experience, but it can also go beyond that by humanising a brand or an application. 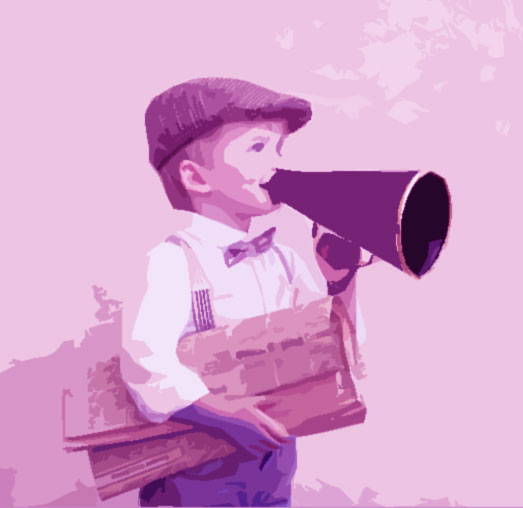 Grohmann, Spangenberg, Sprott, (2007), ‘The influence of tactile input on the evaluation of retail product offerings’ 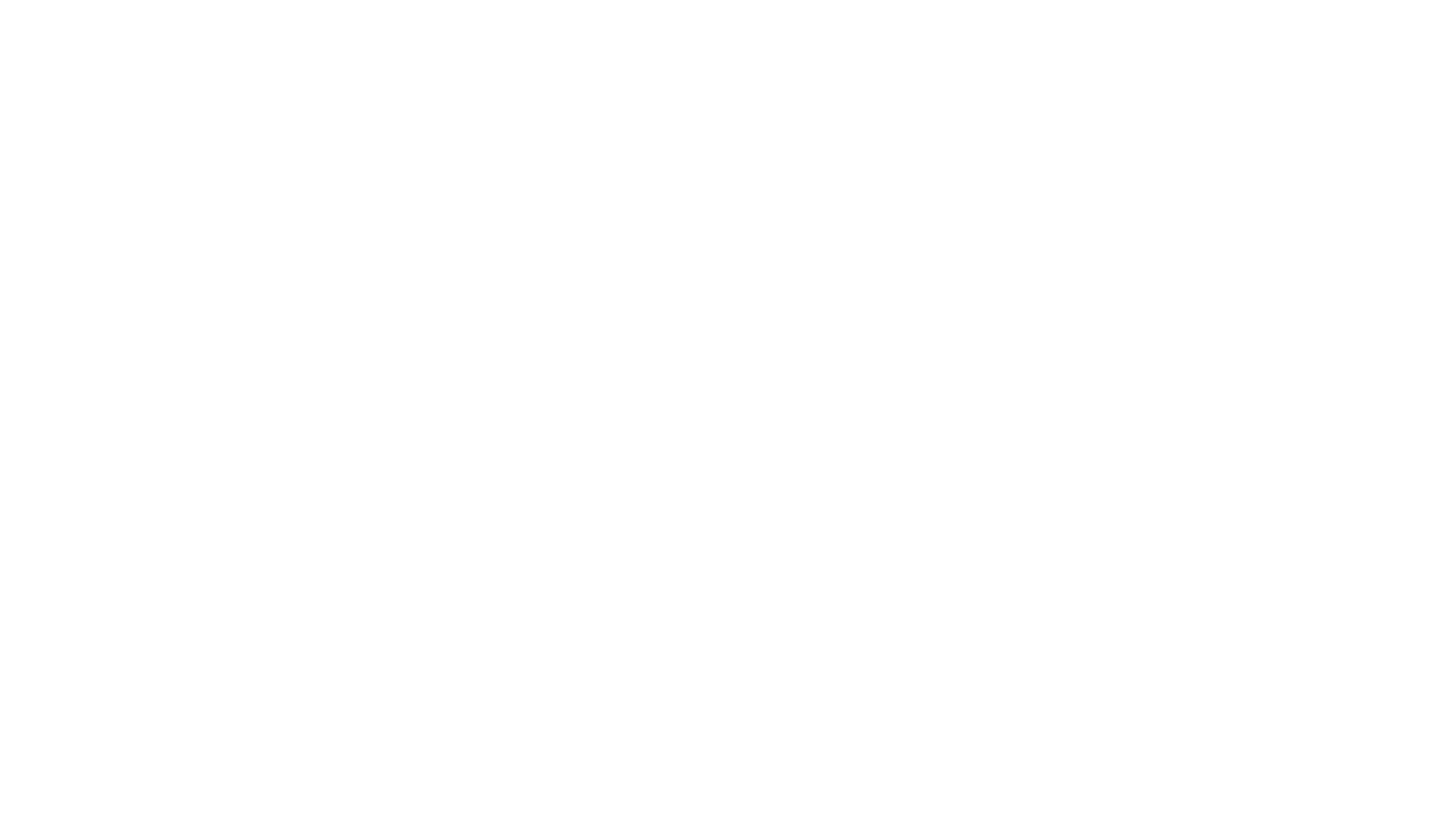 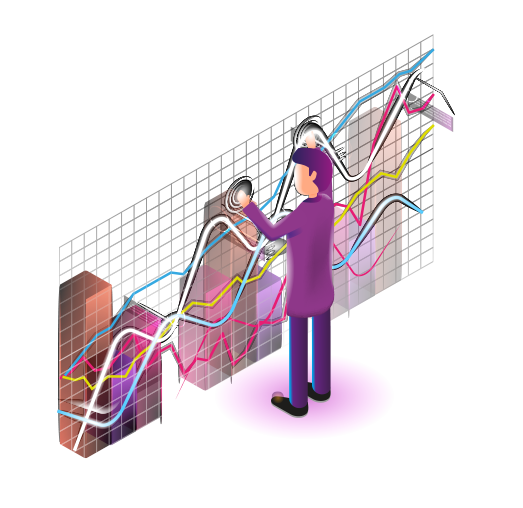